Over the past few months, I have published three more articles on Indigenous journalism. These have appeared in Journalism Studies, Asian Journal of Communication and Media International Australia. Below are the details:

Social system-level analyses of journalism have tended to focus on political and economic influences, at the expense of other factors, such as the role that culture and cultural values play in shaping journalists’ professional views and practices. This paper identifies cultural values as a particularly fruitful area for providing a more nuanced analysis of journalism culture. It examines this issue in the context of in-depth interviews with 20 Māori journalists from Aotearoa New Zealand. The study finds that Indigenous journalism in that country is strongly influenced by Māori cultural values, such as showing respect to others, following cultural protocols, and making use of culturally-specific language. Cultural limitations are also identified in the form of the social structures of Māori society, and journalists’ strategies in working around these are discussed. The paper highlights the implications a renewed focus on cultural values can have for the study of journalism culture more broadly. 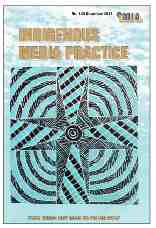 The accepted version is available through QUT ePrints.

Indigenous cultural values and journalism in the Asia-Pacific region: A brief history of Māori journalism

The full article is available at the publisher’s website.

Dr Folker Hanusch is Professor of Journalism at the University of Vienna, Austria.
View all posts by folkerhanusch →
This entry was posted in Uncategorized. Bookmark the permalink.